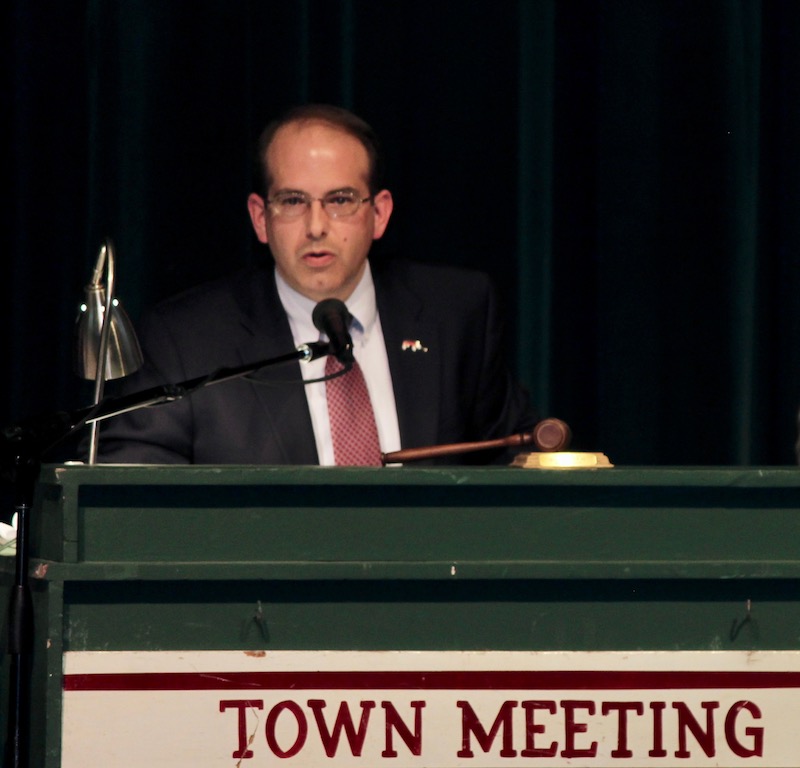 FALMOUTH – In his many decades of being a teller at Falmouth Town Meeting, responsible for counting votes, Andy Dufresne, 92, has never malfunctioned. But the new electronic voting system that theoretically replaced Dufresne and others did tonight.

So Falmouth Town Moderator David Vieira called upon Dufresne, along with another longtime teller Joseph Netto and also Mr. Dufresne’s daughter, Sandra Cuny, to serve as tellers at the Spring Annual Town Meeting, which began tonight at 7pm. Vieira, frustration heavy in his voice, said, “We never had that problem” of with longtime tellers, the people who counted the votes.

Vieira then reminded Town Meeting members that he was not the one who brought the electronic gadgets into Town Meeting. The Rules Committee tasked with studying the issue recommended them, he said. At that point, Vieira said, “We will be using the tellers until they can see if this fancy stuff can be worked out. Otherwise, we’re going old school. We’re not going to hold up Town Meeting over this.”

At the next close vote, where a voice vote could not be determined, Vieira spoke his traditional instruction, the one he has used year after year before those fancy electronic gadgets made an appearance in 2017:

Vieira said, “All those in favor, signify by standing and the tellers will return the count.”