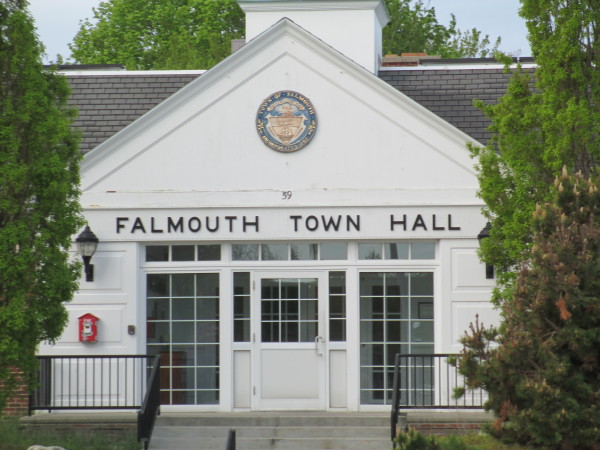 FALMOUTH – Town-wide controversies lasting years are nothing new for three former Falmouth selectman who have been involved in town government for decades.

With the unique perspective of having served as selectmen and remaining involved in town affairs for as long as they have, former selectmen Adrian “Andy” Dufrense, Eric Turkington, and Virginia Valiela said the turbine issue, though heated, is no more heated than several other issues the town has faced in the past three decades.

Often, these controversies are big money issues that affect specific neighborhoods, said Valiela. “There have been several really contentious issues, and each one has its own flavor. To some degree, they are site specific,” she said.

All three former selectmen remembered the same series of years-long controversies during their time in public life.

One issue concerning the town’s cranberry bogs  “was equally heated,” said Valiela. “I remember meetings where there were people yelling at each other, but it did finally get resolved.”

The resolution of the turbine issue will begin with the vote on Tuesday, said Turkington, who believes the turbines should come down.

“The lesson in this fiasco,” said Turkington, “is beware of the state bringing gifts. The state came in like the Music Man reporting that this was a wonderful thing for the environment, that it was beneficial for the neighborhood, that it was guaranteed income for the town, and it would save the planet as well.  It seemed too good to be true, and it was.”

“The state foisted this on us and the state has to take responsibility, and that means paying to fix it,” said Turkington. The fix has to come legislatively, he said, and he predicted the state will act once it sees guidance from voters on Tuesday. At that point, he said, the governor and state legislators must come through.

Valiela said the momentum of the turbine issue, like most of the big Falmouth issues, depended on “what does the local constituency do to frame its issue to bring in more of the community.”

On the turbine issue, she said, “There are a few things, like motherhood, that you can’t question. One of those things is that you can’t knock someone when they say, ‘I don’t feel well.’ “

“When the selectmen turned the turbines off at night, It was an important step to allow people to get a good night’s sleep,” she said. “But ultimately, there is no way to disprove things.”

She added, “There is no question the country must respond to climate change, including moving to solar and wind, and the town should be a part of that.”

Dufrense, who pointed out that he served 25 years on the finance committee, thinks it does not make any financial sense for the town to spend millions to dismantle something that is producing significant income for the town.

“I think there are other ways than taking down the turbines to satisfy the people in West Falmouth who are experiencing problems,” said Dufresne.

When the operation was altered, it already reduced the income to the town, he said. “This is going to be one of the most expensive projects should the town decide to tear them down. They were built on municipal property within the guidelines of distance.,,, The neighbors have come down with all kinds of illnesses they have not been able to prove.”

But Turkington said, “As more and more people testified that they had experienced health problems, others heard their voices and went up to investigate, and it became clear that this was not a bunch of hypochondriacs. Defenders of the wind industry say the connection between the turbines and the health problems haven’t been proven in scientific studies. Well, it will be.”