WELLFLEET – As longtime fans of Wellfleet Porchfest, we could tell driving in to town that this 2022 event was the busiest Porchfest event in years.

That feeling was borne out through several hours of strolling, watching and listening in one of Cape Cod’s most charming towns.

Music fans spilled from the sidewalks into the roads of Commercial Street, Railroad Avenue, Bank Street and Main Street as all ages from the youngest in baby strollers to the oldest music fans traversed this picturesque town to stroll, watch and listen.

It is a distinct slowing down of life for what seems an incredibly old-fashioned and almost surreally poetic and serene activity: listening in a group as musicians perform music on porches.

Wellfleet Porchfest began in 2015 with more than a dozen acts over two hours. Over the past several years, it has grown to 33 acts performing at 24 venues, both on the porches of private homes, businesses and public areas, over two sets lasting three-and-a-half hours total. From folk, to rock, to country, to blues, to gospel and even to Zimbabwe rhythms, the music was transporting.

Here is a mashup of a sampling of the performances we saw including Sarah Swain and the Oh Boys, the Cedars, the Rambling Washashores, Kathleen Healy, Steven Stahl, Pacific Marimba, Roland Blair, Jim BaumerME, Jim Rohrer and Katie Hickey, David B. Wright, Side Street, Stonework, Opal Canyon, Movimento Project and J & B. 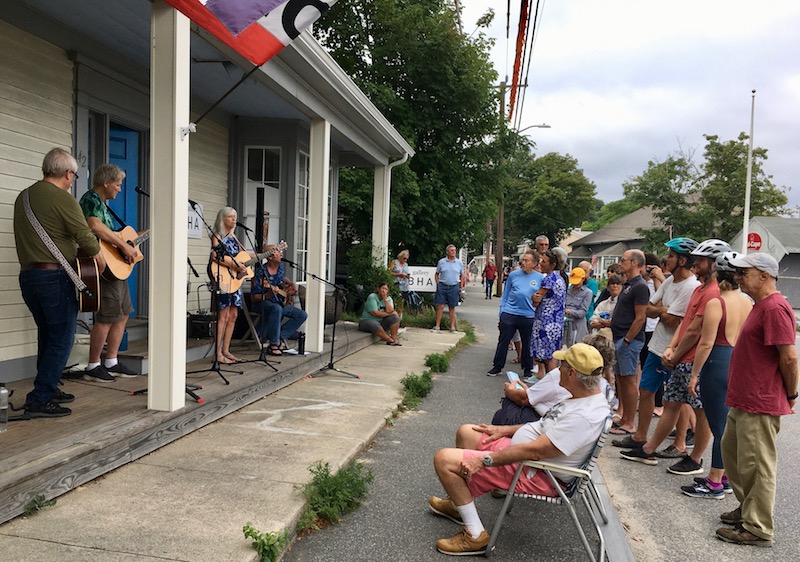 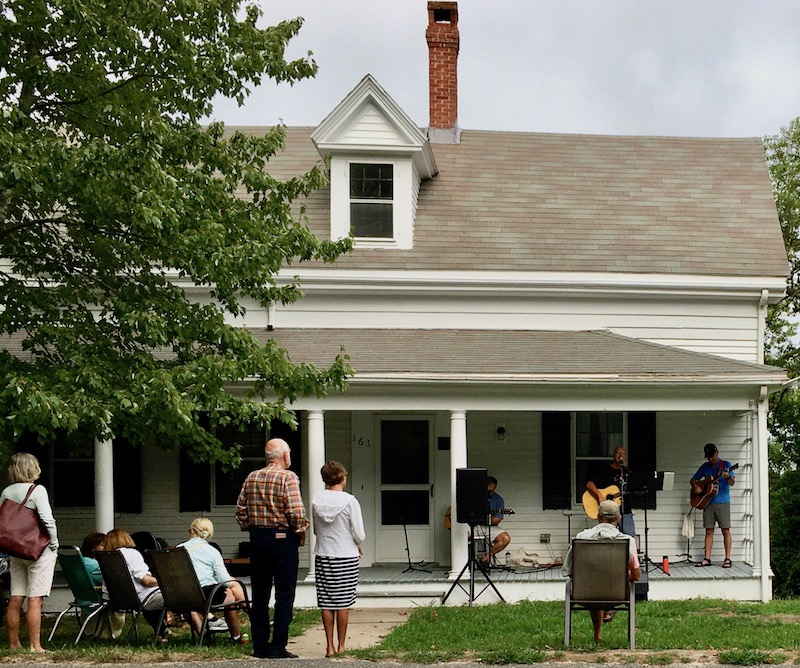 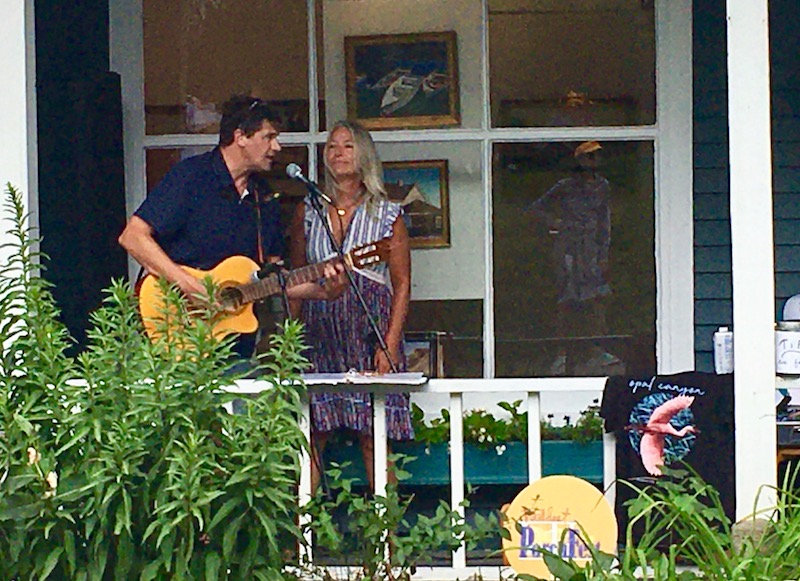