SANDWICH – Les Perry stopped for a moment from gathering up dead and diseased wood in the Shawme-Crowell State Forest to explain why people were camping in November on Cape Cod. Of 285 campsites, 34 were occupied on this beautiful brisk Saturday, he said.

“This is the best time of year,” he said. “You don’t have to worry about the mosquitoes or the flies. It’s quiet and peaceful here. That’s what camping is about.”

Perry, park supervisor for the South Region, Cape Cod District, said campers were “everybody from all over the world.” Noting the nice weather, he added, “Because of the weather, they’re getting the last camping of the season in.”

On this day, Perry, of Bourne, was out maintaining the paths in the 602-acre park. He explained his sunny disposition by saying, “I have the joy of the Lord in my heart, and I love to help people.”

About then, Charlie Peterson of Sandwich was walking his dog through the park and he stopped to talk to Perry. Peterson, who often walks in the park, has known Perry for years. “Our kids grew up together,” he said.

“He’s a wonderful guy. He keeps miles and miles of paths open out here for everybody to use,” said Peterson. “He’s always working. He never stops. It makes me feel bad that I’m not here to help.” 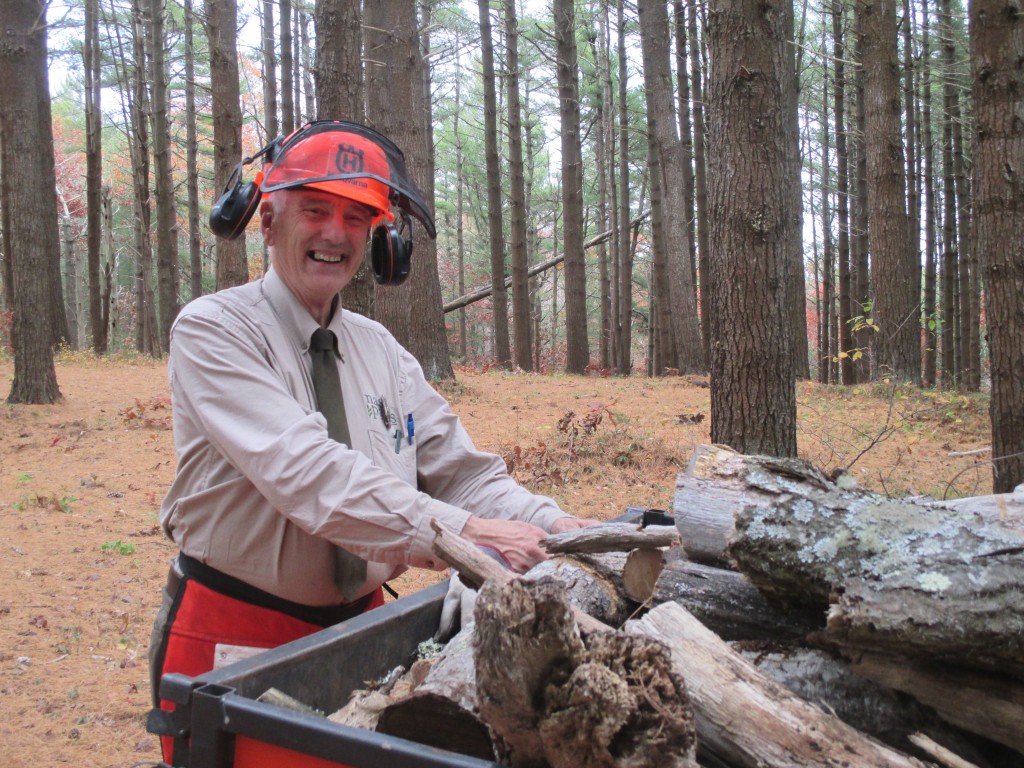 It turns out that longtime friend Peterson is not the only one with such an opinion. In 2006, Perry was named “Ranger of the Year” by a poll of camping enthusiasts done by ReserveAmerica, a campground and recreation reservation service.

Perry is part of this land. Not just as any ranger is part of their park. “I’m an 11th generation Cape Codder,” he said. “My relatives came here in the 1600s.”

Ranger Perry stood with a big grin and a RTV 4×4 cart full of wood, about 1/6th of a cord, he said. “We’ll use this in the stove in the winter to keep us warm,” he said.

Perry has a bachelor’s degree from the University of Massachusetts in outdoor leisure and park administration. “I didn’t want to go into an office,” he said. “I’m an outdoor guy.”